As a senior policy advisor, security professional, and leadership consultant, Jeff Eggers leverages 20+ years of experience managing strategic efforts and leading high-stakes, high-performing teams during his time with the White House, Department of Defense, and the U.S. Navy. Exclusively represented by Leading Authorities speakers bureau, Eggers explains why humble leadership is more important than heroic leadership, why leadership’s role is to cultivate rather than control, how a sense of “we” is the common thread amongst all high-performing teams — ranging from Formula One Racing to the Tokyo String Quartet to Navy SEALS — and why the most significant risk factors to a corporation are internal.

White House Commissioned Officer. A former Special Assistant to the President for National Security affairs for President Obama, Eggers was responsible for oversight of critical and sensitive aspects of U.S. foreign and national security policy. Six years of White House experience, to include four years as the National Security Council’s Senior Director for Afghanistan and Pakistan. Credited with the mediation and resolution of the 2014 Afghan presidential electoral crisis, Eggers facilitated a political agreement which resulted in a unity government and peaceful inauguration. As a result, he was presented with the Samuel Nelson Drew Award by President Obama for “Distinguished Contribution in Pursuit of Global Peace.”

Organizational Performance Expert. A researcher in behavioral science and consultant on leadership and organizational performance, Jeff founded and ran the McChrystal Group Leadership Institute, managing engagements with Fortune 500 clients requiring assistance with organizational performance, leader-development and culture shaping. Prior to joining McChrystal Group, Jeff worked with a diverse mix of clients across varying industries, to include an NBA franchise where he helped with leader succession planning. He has taught courses in change management, leadership, and public policy for organizations such as U.S. intelligence agencies, the Foreign Service Institute, and the Johns Hopkins School of Advanced International Studies. He was also an Adjunct Senior Analyst for the RAND Corporation, where he completed a study on “Adaptability in Large Organizations” for the U.S. Air Force.

Special Operations Background. Jeff retired from the U.S. Navy following a successful 20-year career as a U.S. Navy SEAL with extensive operational and combat leadership experience. Jeff’s operational tours included several SEAL Teams, commander of the Special Operations Task Unit in western Iraq, and Operations Officer and Mission Commander for the U.S. Navy’s undersea special operations command. Jeff also served as a strategic advisor on national security matters, to include the mid-2013 change of mission in Afghanistan, enabling an end to the U.S. combat mission and shifting emphasis to Afghan security forces. He also shepherded the negotiation and signing of the U.S.-Afghanistan Strategy Partnership Agreements and served as a Strategic Advisor to General Stanley McChrystal, Commander of NATO ISAF — a broad coalition of over 100,000 U.S. and parent national personnel assisting the Government of Afghanistan to promote sustainable security.

Research and Boards. Jeff was previously a Senior Fellow at the New America Foundation, conducting research on the intersection of behavioral science, organizational design, and complexity toward novel solutions that revitalize American prosperity through mitigation of cognitive error and more rational U.S. policy-making. In this role he has served as an expert witness to the Senate Armed Services Committee. He is also a member of the NationSwell Council, a forum for advancing innovative solutions to the most pressing challenges in America. Finally, Jeff is a board member of the Special Operations Fund, non-profit that cares for and assists the families of special operations veterans killed in action.

Accomplished Publisher. Eggers is the co-author of the national best-seller Leaders: Myth and Reality and has published in esteemed academic journals and media outlets such as Fortune, Foreign Policy, Politico, U.S. News and World Report, amongst others. 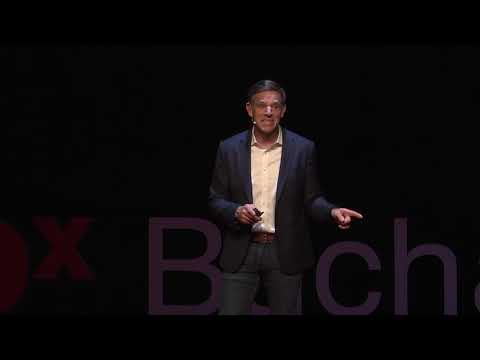 Leadership for the 21st Century. During the U.S. conflicts in Iraq and Afghanistan, Jeff Eggers witnessed first-hand the troubles legacy institutions have when facing smaller, newer, and more adaptable enemies. Having served as both a leader of high-performing teams and an advisor to leaders at the highest levels of the U.S. government including the President, he now focuses on building modern models for leadership and organizational performance that draw on lessons learned as a SEAL, in the White House, and from his extensive research into behavioral science.

Eggers looks at why humans have a “terrible track record of predicting conflict and change”—and how to better prepare for the accelerating effects of societal, technological, and business transformation—as well as what roles leadership and culture play in developing of winning teams. Jeff present lessons from his national best-selling book Leaders: Myth and Reality and offers a roadmap for leadership in an unpredictable world and leaves audiences with a better understanding of where they are today and where they need to go to get ahead.

Leading Innovation. Human beings are innately resistant to change. And yet we now find ourselves in one of the most transformative periods in history as a result of technology and demographics. With this talk, Eggers looks at how corporations can fight complacency, embrace rapid change, and drive innovation from the top down. Using historic examples, surprising stories, and anecdotes of companies who failed to adapt or leapfrogged the competition, Eggers paints a vivid picture for corporate survival in the 21st century.

The Behavioral Science of Organizational Performance. Retired from the White House and the U.S. Navy, Jeff Eggers is now a prominent leadership researcher studying the underlying behavioral factors that lead to successful leadership, decision-making, and market-share dominance. Eggers evaluates organizational models from the U.S. military and the private sector and showcases how employee and leader behavior and culture work to either breed success or drive failures. Eggers shows clients how to draw on the best parts of their existing cultural structures while supplementing or overhauling weaker areas by encouraging certain relationship structures and behaviors amongst employees and leaders.

Humility, Purpose, and the Myth of Heroic Leadership. We like to view great leaders as infallible heroes who operate above mistakes, bad calls, and distress. American culture is full of examples of this type of leader—there’s George Washington and Superman, to name a few. But according to Jeff Eggers, “heroic leadership” is a myth. In this talk, Eggers explains why it’s so important for leaders to not exist “above” those they lead, and why that sort of mindset actually promotes errors and confusion. Believing that “domineering leaders are an impediment to good decision-making,” Eggers explores why a “humble leadership” style that promotes humility, empowered employees, a team mentality, and a purpose-driven culture is the antidote to the myth of heroic leadership. 20 Keynote Speakers For Your Leadership Meetings Stanley McChrystal
Former Commander of US and International Forces in Afghanistan, Best-Selling Author, & Co-Founder of the McChrystal Group